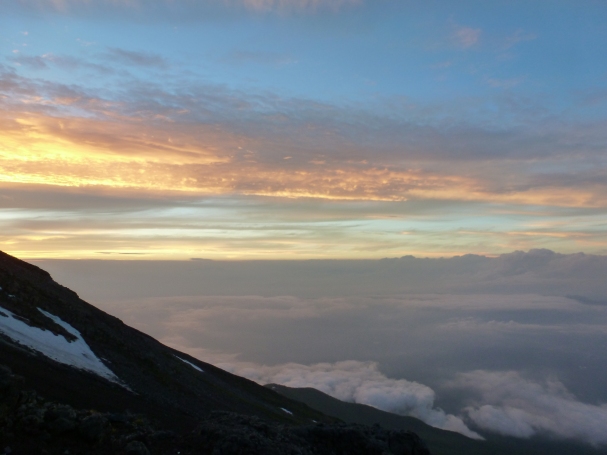 Commenting on the events of the French Revolution in 1789, Hegel’s well-known quote, ‘it was a magnificent sunrise’, pointed to the dawn of a new period for humanity. Indeed, despite the failings of the era, 1789 saw the drafting of a declaration of rights that would have universal appeal and the abolition of centuries of privilege. Even today, this text is the frontispiece of the Constitution and the basis of the French Republic.

It looked as though the age of monarchs was over. Power to the people! Goethe, a contemporary of the French revolution, viewed the victory of France at the Battle of Valmy as the beginning of a ‘new world era’.

Of course, the journey from initial ideals to recent achievements has been a rocky one, yet, by dint of mankind’s self-denial, democracy and human rights have gradually emerged in the world. This did not happen overnight but rather in waves, each one seeming to erode, little by little, the last bastions of authoritarianism.

In truth, democracy and human rights have never become universally recognised values, but they remain deeply rooted in humanity to the point of being universally shared values. Attempts at uprisings in China (1989), Georgia (2005), Iran (2009), the Arab Spring (2011-), Russia (2012), Ukraine (2013), and Hong Kong (2015) testify to a global aspiration to dignity and freedom.

These values gained further acceptance following the fall of the Berlin Wall in 1989, when many satellite states of the USSR peacefully acceded to democracy, at the same time as South Africa was emerging from apartheid.

Democracy no longer seemed to have any competitors; it had won the battle. In 1991, political scientist Francis Fukuyama heralded its victory in an article entitled ‘The End of History and the Last Man’, which sparked much reaction and debate. The idea of liberal democracy supported by a market economy grew in popularity, eventually establishing itself as ‘the undisputed horizon of humanity’.

However, a quarter of a century later, this finding is being severely challenged by reality. Democracy appears to be in retreat everywhere. Along with a moral crisis in the wake of the failure of democracies in their duty to set an example (e.g. loss of a sense of community, numerous scandals and even violations of human rights, such as the use of torture in the United States), the major economic crisis in 2008 also profoundly affected people’s faith in the market economy.

Today, the momentum from 1991 has waned in numerous countries: officially in Russia and more tacitly in Hungary, Poland and Turkey. Speeches reminiscent of the past are flourishing. In Hungary, in the heart of Europe, a prime minister has publicly cited Russia and Turkey as role models and suggested creating an ‘illiberal democracy’. What an oxymoron! Democracy is liberal or it does not exist. This patent truth was already formulated by Albert Camus in his day: ‘Democracy is not the law of the majority, but the protection of the minority’.

Even traditional democracies, such as the classic trio of the US, the UK and France, seem less bothered about human rights these days. Confronted with the difficulty of exporting these values, the preference is to stop promoting them. Have they lost faith in these tenets, which nonetheless formed the basis of their identities? Even worse, populist movements have taken root in the United Kingdom and the United States; France has not been spared either and could swing in 2017.

In his 1995 book ‘La violence et la paix’, Pierre Hassner, a political scientist, questioned the role of democracy and the market economy: are they enduring systems regardless of the context or are they only viable in good weather, so-called ‘fair weather institutions’? Might these advances, hitherto taken for granted, be challenged? In short, far from building a sustainable future, could they up being a passing phase?

Faced with these real threats to democracy and the market economy, we need to wake up before it’s too late. Citizens must take action if this period is not to be relegated to the history books; in order to prolong the dawn of 1789, we have to actively support our values: liberty, equality and fraternity, the pillars of every democratic regime.

In the language of Shakespeare, we could find another article : Brexit fog in Channel!, Brexit: a good thing for Europe? and Trump: a chance for Europe?